Showing posts from June, 2013
Show All

Last week, as I reported, I was fortunate to see The Who in concert at the O2 Arena in London. They performed their Pop Opera " Quadrophenia "  in its entirety. I must admit, when it was first released, in 1973, I was a little underwhelmed by the music; having grown up with ' The slash and burn, ' aggressive style of their earlier work, including the opera " Tommy" , ( 1969 ) featuring   ' Pinball Wizard; ' ' The Acid Queen;' 'Smash The Mirror; ' and 'We're Not Gonna Take It'  amongst others. But now, upon reflection I have come to realise that " Quadrophenia "  is their most complete work.  The music is full of subtle shadings, changes of pace and better instrumentation throughout. I was particularly impressed with the use of horns in many passages. This was the work of the Late John Entwhistle, who curated and played the instruments showing a greater versatility then just being an outstanding bass pla
Post a comment
Read more 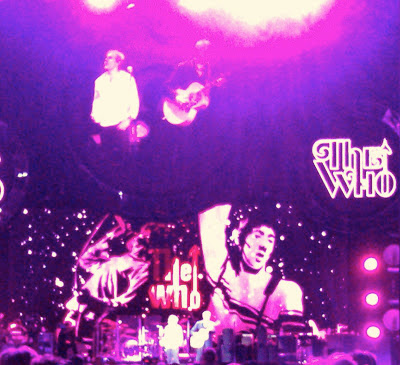 Tuesday, June 18th 201 3 You will remember last week that D. and I went on a river trip on the Wye; embarking at East Yat.  Yat is an old word for gate.  Symonds Yat, is a nearby,  popular tourist location,  famous for the Yat Rock, which looks down upon the Wye 200 feet below. This place was named after Robert Symonds, a Hereford Sheriff, who ran a toll road there, thus giving  the name   'Yat ' or gate. More info. here:   R. Symonds. WwwHwwO Last Saturday June 15th, I watched 'The Who ' in concert at the O2 Arena in London. They were in dazzling form. It was an emotional journey as they played the entire near 90 minutes of the Rock- Opera  " Quadrophenia"    then followed up  with some old 'goodies ' " Who are You?"; " You better, You better, You Bet " ;" Pin Ball Wizard" ; " Baba O'Reilly ";  "Won't Get Fooled Again" and concluded with Pete Townsend  (ac
Post a comment
Read more 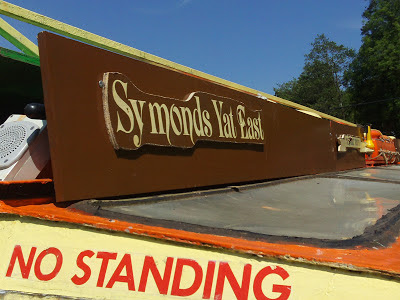 Saturday 8th June 2013 Last Friday (7/ 6 ) D. and I on a beautiful blue morning, in the Forest of Dean, went on board the " Pride Of Wye" cabin cruiser,  for a forty minute trip along the River Wye. The embarking point was by the " Saracen's Head "  pub at Symonds Yat East. According to the notice the pub was open ' all day; every day, except Christmas Day, ' which I suggest gives the drinker, so to speak, 'a methuselah of choice. ' By the jetty point was a wire-operated ferry plying its trade across the river. The fare was £1: 20 for adults. The Wye is an interesting river, full of curves and running rather full. On the starboard bank, there was ample evidence of well-kept houses with tidy banks. This stretch of the Wye is very popular with canoeists. Naturally the ducks made their appearance too. Possibly, one of the most interesting buildings seen from the riverside w
Post a comment
Read more
More posts