Showing posts from January, 2012
Show All

Up and Down and Overview: Major Digest 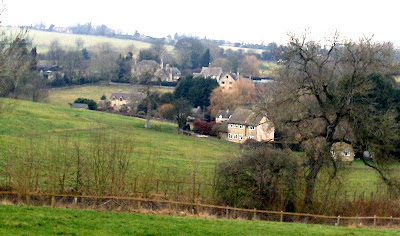 This is the view looking down upon  Foxcote.

D. and I revisited this village last Saturday (21/1) , in order to 'tie-up' a little chain in our Gloucestershire Way  walk.

As before, we parked near the Kilkenny Pub and made our way down the steep lane into Foxcote.
This time we turned right, following a green  and also  yellow GL sign into a farmyard,  went past some stables and onto a path which bisected two enclosed fields, on which horses and ponies could be seen.

This uphill path terminated at a stile and then proceeded left into a small wooded area.

Coming out of this bushy region, we arrived into a large sloping field, which we crossed upwards in a diagonal fashion, to meet our target, namely the grove of maple and lime trees;  from where I had concluded our jaunt the week before.

Here is a shot to remind you of the trees.

Here is a further shot, 200 yards down the path, where a marker leads you back across the field that I described above. You can see the wooded area i…
Post a Comment
Read more 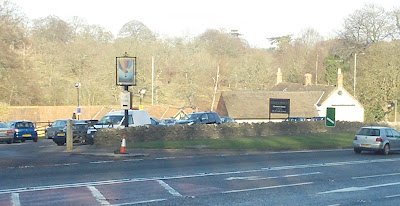 Her Majesty's Nanny
Now that Britannia is completely  brown bread,
I fink she should get another one,  instead.


In order to start the savings trend,
She should get on the dog and phone a friend.


Preferably to someone   living oily and hot,
who can reach in his sky and send 'er a pot.


She don't want all 'em pressies   absolutely  no way,
so germans on the keys and  flog 'em on E-Bay.


Open up all yer drums dear Queenie please,
and charge all 'em punters a load  of bees.


Strike a new stamp with your boat in mournful despair,
over a picture  of   Royals queueing up for Ryanair.


With all this duckin' and divin' and other Easter schemes,
we'll soon 'ave you dear Lizzie in a nanny of your dreams. 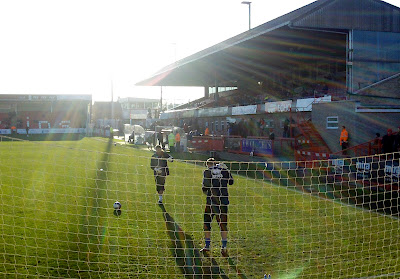 "Now Then, Now Then,  Now Then" , as The Late great Jimmy Saville, would say; " how's about we get off down  the Way? ". So it was, that last Tuesday (10/1) D. and I parked the car in Upper Coberley and made our way by means of a right handed pathway walking up the edge of a ploughed field.  We noticed power lines, strung through pylons, close by and after skirting a woodland, we proceeded along a bridleway and saw a posse (choose your own collective noun) of pylons.

We had arrived at Needlehole, an abandoned village site; for what reason I know not.
This was the  only location, I could find, which supported the claim.

The  Gloucestershire Way continued along the bridleway, which became a lane and …
Post a Comment
Read more 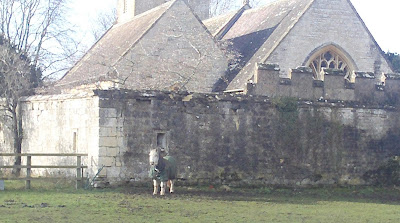 Parked again in Coberley and walked to the Church. Turned left just past Coberley Court and onto the marked pathway for  'The Gloucestershire Way.'

At this juncture, I must point the finger at those who constructed the stile to gain access to this path.
Its steps are pitched too high and therefore not friendly to the walker.
But once over this obstacle, the route passes the  church and in an adjacent paddock I saw this rather mournful looking pony.

The route then passes through a gate into a large field. I must, at this time mention one salient fact; I had forgotten my course guide and although, I thought I had an understanding of the way; it was at this point that I made an error, having no advice to turn to,  D. and I should have turned left and made our way up the field, but, with no visible signing to guide us, we continued across the field on a clearly defined path.

The weather was clear and sunny and our walk  took us through pleasantly level pastures. Eventually we saw …
Post a Comment
Read more

A Little Sparkle: On The Road Again 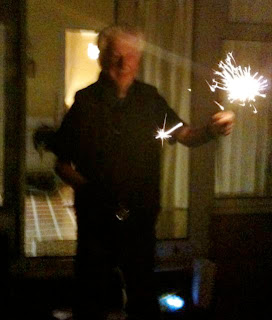 You know it only seems like yesterday, that we were in 2011; well actually---

So I thought I'd start  the year with a little sparkle; especially as I am rarely a nocturnal animal and this may well be the latest I'm seen out this year.
After  the fizz, we finished the early morning with hot chocolate and marshmallows, very civilised indeed.
My predictions for the year? uneven with a few highs;  some lows, but mostly flat.

I trust it will pan out more exciting than disappointing for you all. My fellow tweeeter gives this almost Delphic pronouncement: " This Year ('12 ) will be harder than last year. It will, however  be easier than next year." We shall see.