Showing posts from May, 2018
Show All

May Time: Fishy Tails. A Call from the Wild. 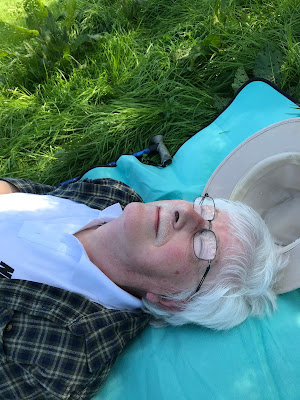 Hi All,
As you can see, since the last time of posting. I have been laidback and taking it steady, waiting to spring into action.

Well May Day arrived and so, as usual it became incumbent for me to wake up a few trees, so knowing bark is worse than bite, I performed the ceremony on my own trees and then headed out to visit more greenery in the nearby area.


The above pics come from the  Prinknash Abbey grounds, taken on May Day. In the last photo, you can see the walled garden in the distance.


May Bank holiday came and gave us our Euro required summer; which lasted about three days; until normal and sensible  British temperatures prevailed  and our coats went on again.


Later on in the month, feeling the feed for a fresh fish, D. and I found ourselves at the Bibury Trout Farm.

Situated, near the town of Cirencester, Bibury is at the epicentre of the Cotswold tourist industry , serving each day mostly visitors from the Far East and the States. Parking is generally a chaotic af…
Post a Comment
Read more
More posts