Showing posts from December, 2011
Show All

Not hole fixed: into the Bull Ring 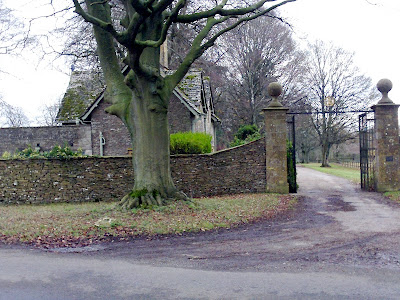 Last Monday (12/12 ) D. and I parked the car in Notgrove and walked,  to find our  way back to  the  finishing spot on our Gloucestershire Way , walk. Here it is. The route having come up a bridleway opposite this picture. To remind yourself of the route to this point,  click here: Nearly Notgrove The Sun was bright, and low; but ideal for a perambulation around the village. Our steps soon took us back to  St Bartholomew's Church in Notgrove. Here  you may remember, I posted a picture of a Saxon Cross which can be seen on the outside of the western wall. Today the light was more amenable and entering the church, D. was able to take these two lovely stained-glass pictures. Then looking up towards the roof, D. espied a  row of Angels, affixed at intervals along the top board.; here is one of them: Charming I thought. After a walk around Notgrove, we  found a likely road out of the village. Following this, we soon arrived at a T-junction. Looking to the
Post a comment
Read more 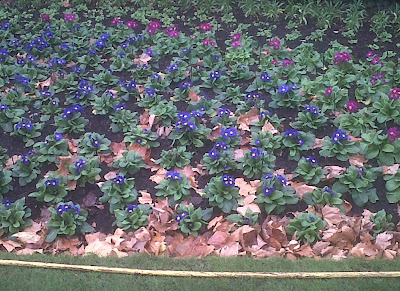 What-Ho ! Everyone. Small beer today I'm afraid; no safari's or expeditions to write about, so just a few photographic scraps for you. Picture 1 shows how well the gardeners in St. James's Park,  London are looking after the borders. Picture 2 shows another  view of those Cotswold Wolds. The next two show winter scenes  from  the local park. There's something special about standing up in a confined space with a crowd. It takes on  a tribal nature, wish tensions racked up, until that moment of release,  which  in this case was the scoring of a goal for us. So it was, yesterday (10/12 ) at the Abbey Business Stadium, where I watched Cheltenham Town, play the League 2 leaders Southend.  I have never seen the team play better; the skills on display were astounding and miracle of miracles we won, with a shade in hand 3 goals to nil.. A great match to watch. Pic 1: Pre-match training Pic 2 : Victory clap to the fans Pic 3
Post a comment
Read more 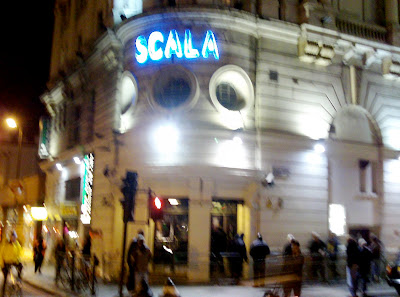 Yesterday, Wednesday, 30th of November 2011, at The Scala Theatre, I saw the Magic Band play their first gig of their short winter tour. Three of the five band members, played with the Late Captain Beefheart. Under the leadership of John French ( drummer and vocalist ), the Magic Band, create with unerring accuracy,  songs from the Beefheart repertory. Last night was the third occasion, that I had heard the band play and apart from minor personnel changes, the core of the band  D.Whalley (guitar), R. Morton ( bass) and J. French (as above) has stayed the same. It's always an enjoyable romp and last night playing to a sell-out crowd was no exception. Here is a video extract of MB playing "Floppy Boots Stomp. " The sound quality is poor and you may wish to skip forward. The  venue was The Scala, near King's Cross, in London. Here is a pic. The Scala, itself was an old multi-level building. From the main entrance room/bar, steps led down to the viewin
Post a comment
Read more
More posts