Showing posts from October, 2010
Show All

The Flicker from the Forest: Chair Lift 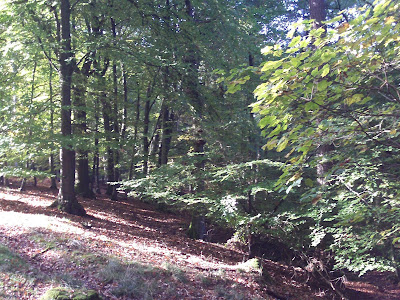 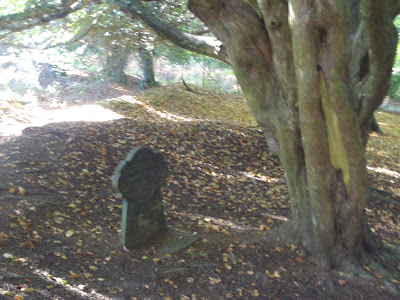 Broken dreams float down, as leaves are strewn around the floor. Inner crises,
gnaw like beaks on
ageing bark;
whilst suppressed  desires
radiate away, root-like
towards  fulfillment's light.


The yew grows  with
slow resolution,
commemorating  the
passing generations
with its  redemptive
boughs.


Would we all, could tread
our  life path
with this
ennobling serenity.

Apperley to the Severn 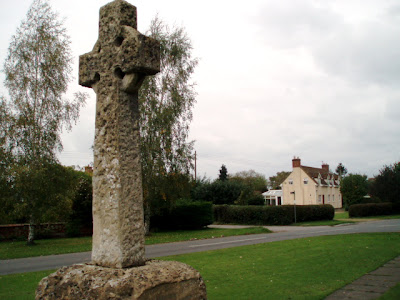 Walking down the Apperley Road, you will pass the duck pond, village green and then the War Memorial.


Now making your way, towards the cream coloured building, you will see a public footpath, running through a farm drive.

A stile  leads you down this steeply, sloping field, curving  to the right. In the top portion of this photograph, you can see the red bricked pub: the final destination of our walk.

This picture is taken looking up the last field, having crossed the stile ahead.
Again in this new field follow the path to the right to meet the next stile.

This one as you can see is a rather tricky stile to negotiate, having an overhanging tree in the way of the walker.
Once over, make your way to the right leading through a gate to emerge on a broad track with the pub ahead of you.

From the Hide to Apperley Just to make sure you saw some wild fowl; above is a little video taken yesterday (20/10) at Abbey Mill, Tewkesbury.
Returning now to our 3Pub Walk:
Retrace your steps from the hide to the meadow. As I mentioned in my previous post, normally there is plenty of geese, ducks, birds etc. to view.

The above picture taken at an earlier occasion gives a better idea of what you would expect to see walking away from the hide. Enlarging this picture, will help  to demonstrate the activity in the  pond.

As you walk away down the meadow keep to the path with a ditch to your left.

The path curves away  to the right until it reaches a gate into another field.

This leads you out of the wetlands; and after crossing into the field, your path takes you left and follows the line of the hedge.


After 100 metres you will reach this fence.
There is a stile in the far left on your path; but sometimes  to the right of this picture a gate is left open which also allows access to the next field.
In summertime…
1 comment
Read more

Three Pub Walk- Part 1 from "The Swan" to the Hide 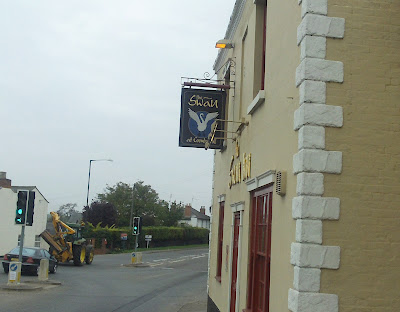 I thought I would produce an illustrated guide of  this walk.
It starts near "The Swan" at Coombe Hill, on the busy Tewkesbury to Gloucester road.

Turn  right by  the traffic light, and walk down the  steeply descending lane until it ends in a track marking a start to the Wet Lands.  Here there is limited car parking to be had.
The walk continues straight on along the canal path.

I noticed today (15/10) how neat the far bank was looking; clearly a great  deal of work had been carried out.

After about a quarter of mile, cross over the canal bridge.


Then turn left, to continue in the same direction as before.

For our purposes, we will take the right turn, entering the meadows via a gate.

The walk continues straight ahead; but it is well worth making a short detour, in order to visit the Grundon Hide.


The gate  and pathway to the hide comes after a very short walk, on the left of our path. 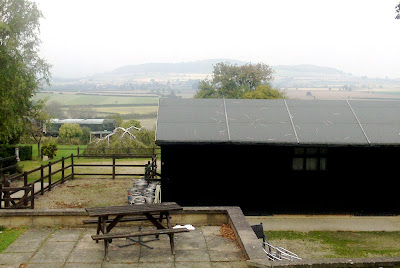 This shot was taken outside the Royal Oak, at Gretton, near Tewkesbury. If you look carefully in the middle distance you can see a train passing through.

On Saturday (9th), tired of talk of recession and cut-backs, I headed out for the village of Much Marcle, near Ross-on- Wye, the home of Westons, cider and perry makers for over a hundred years.


Here you can see some of their wares in their cider shop. Although knocking my head on the exit door, I managed to escape unscathed,  with some winter supplies

Yesterday, I visited the Village of Lacock, near Chippenham, in Wiltshire. It is like being in a living film set and television loc…
Post a Comment
Read more 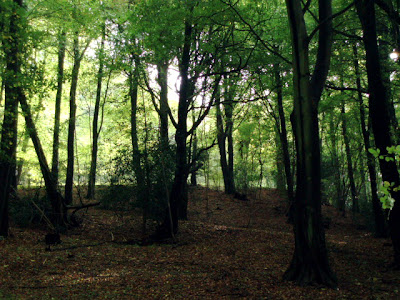 It was said that near the date of St. Luke's Day, the 18th of October, there would be a brief last glimpse of summer, with a bright low sun, blue skies and autumn colours.
Well I think this year, it has come a little early.


The above picture shows the sun breaking through the leaves of the Brockworth Woods. It was taken yesterday (8/10) during circular Cotswold Way Walk No.7 " Cranham, Cooper's and the Beechwoods." a  four mile ramble, starting and finishing in a car park, near the village of Cranham, conveniently near to the 'Black Horse Inn' (more later).
Once again those splendid chap/ess's have marked the route with those green signs. that I showed you in a previous posting. The route itself followed the Way  for approx. half the distance, including the climb to the summit of Cooper's Hill and down towards Witcombe.

Cooper's Hill 8th October 2010  This, as you may remember, is the site of the annual cheese rolling event. Last year, due to 'Elf a…
Post a Comment
Read more 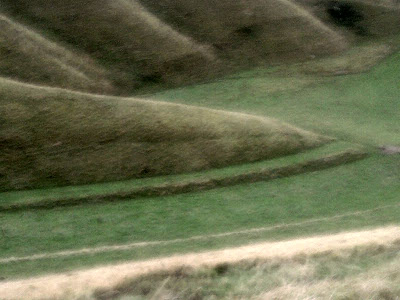 I'm hopeful this little video will also upload, as I have found a 'workround' using a Keynote programme on my Mac.
I have of course a great deal to learn about video, in particular splicing and joining videos  together, in order to create a seamless moving strand.

But enough of this boring techie stuff; let's concentrate on the visit to White Horse Hill and Uffington Hill  Fort, between Ashbury and Wantage in Oxfordshire.

The huge figure of the White Horse Hill, which can be seen on a clear day from twenty miles away, was created over 3000 years ago.

The photograph you can see was taking looking from  The Long Barrow, towards the White Horse.
What was especially interesting this time, was that I was able to download an audio trail of this location.
I found it here:
http://www.audiotrails.co.uk/index.php?option=com_content&view=article&id=17:the-national-trusts-white-horse-hill-audio-trail-launched&catid=1:news-archive&Itemid=5
This meant I could walk and…
Post a Comment
Read more 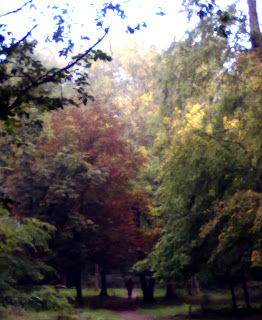 This is worrying, I'm writing this while my first video is uploading.

I hope it completes. It was taken yesterday in the Forest of Dean, in the arboretum , near Speech House.
The leaves were in the process of changing colour, the ground was wet and the atmosphere felt damp.
It's been nearly half an hour now;  I had no idea that a thirty two second video could take so long !

I can begin to see the advantage of video content, particularly when showing landscapes, from the top of a hill view, allowing the full panoramic image to be revealed. It is now nearly an hour and a half, since I started the uploading . I fear I have done something wrong and will have to cancel soon. The trouble is
that I am receiving  no error messages, but also no indication of the time left, upon which it will finish the task.
Oh well, it is all a learning  process, I suppose.
At least  you will see a photograph of the woods in question.


And now for a return,  to our old friend the Cotswold Way. R…
Post a Comment
Read more
More posts