Showing posts from April, 2012
Show All

D. and I were on our way to the Gloucestershire Way , only to find  a notice informing us that the Tewkesbury to Stow Road was closed near Ford. We changed plans and made our  way  in the direction of Winchcombe and decided to stop at Hailes Abbey. This was once a Cistercian Abbey, founded in 1246 by Richard of Cornwall and dissolved by King Henry V111 on Christmas Eve 1539. Although never housing a large number of monks, there were many workers, mostly to look after the 4000+ sheep on the land. The pictures above show the Dining  Room and how it looked then. Amazingly for such a large room, only 20 monks at any time dined in there, silently contemplating their food whilst listening to the scriptures read by a monk  from a balcony ( top left of 2nd picture.) The Shop/ Museum had some interesting artifacts and two life sized figures one dressed in the white cowl as a monk and the other in a brown cowl as a worker. Outside I was fascinated to discover this culvert whi
Post a comment
Read more 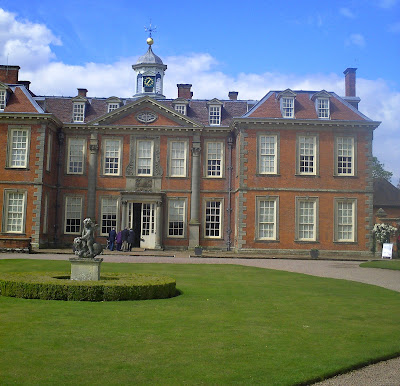 The above picture shows the front entrance of Hanbury Hall built in 1701 and surrounded by 20 acres of  recreated gardens and then by a further 400 acres of parkland. The estate is situated in the village of Hanbury, near Droitwich in Worcestershire and of course since 1953 in the capable hands of The National Trust. Hanbury Hall  D. and I visited here last Saturday (21/04 ) and first took a guided tour around the ground floor of the house. Apart from the impressive staircase 'Hercules ' paintings, ( recently restored at a cost of eighty thousand pounds) and the usual family portraits, I was taken by the table in the dining room, pictured here. I admired the plates and asked about them. Apparently  they were only made and introduced about three years ago and they tell the story of how Emily inherited the property in 1771. The plate below shows the elopement of the above mentioned lady with the local Curate; causing quite a scandal all those years ago in 1789.
2 comments
Read more

Walking the Way: Down the Bank 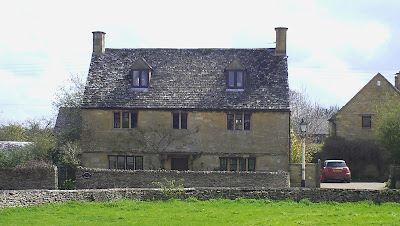 Writing this on the day of The Grand National, I thought I'd start with a horsey tale.  The house in the picture is called ' Barton Bank. ' It is named after a race-horse, trained here in Condicote, by the Late David 'Duke ' Nicholson. Although, in its career Barton won many races; this horse is best remembered for the 1994 King George 'Chase, run at Kempton Park on Boxing Day. As you watch the closing moments of the race, you can find out where my money went. Barton Bank. Condicote is a pretty little village, which D. and I   walked to,  from Donnington along the Gloucestershire Way.  The walk, from our last exit point was just over a mile and a half each way. It was entirely upon roads, with no relief from the tarmac, but the views either side made up for the hard terrain; particularly looking down the valley to the River Dikler and the Donnington Brewery mentioned in my last W ay  report. As I said before has there ever been a more pl
1 comment
Read more 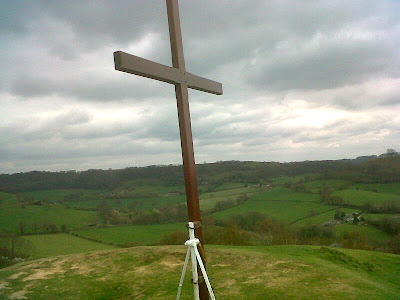 From wetness to a crawl.  on terra firma. Begin awareness.  Meeting light in shades and    a sense of  noise. Finding a pathway. Rising upwards. Learning balance. Aware of me. propelled forward by love. Heeding the pathway. Moving with control.  Gaining distance. Aware of fatigue. Looking for support. along the pathway. Confidence blooms. Stride increases. Aware of time passing. Life moves swiftly, pacing the pathway. Independence interlude. Capable of decisions. Aware of self-worth. memories of the past, help others onto the pathway. Messages from the body. Promoting some  changes. Aware of   personal limits. Holding out for support but   knowing love is;  the true pathway. Ck. 07/04/'12 For  another side of Easter click: Who Egged On?
Post a comment
Read more
More posts