Trinity brings the sultry, sweating summer air
From green to purple the refiner
Brings a legacy of fruit to pick and share
Many thanks Victoria Regina .

With People, So With Trees

With people, so with trees: where there are groups
Of either, men or trees, some will remain
Aloof while others cluster where one stoops
To breathe some dusky secret. Some complain

And some gesticulate and some are blind:
Some toss their heads above green towns; some freeze
For lack of love in copses of mankind;
Some laugh: some mourn ; with people, so with trees 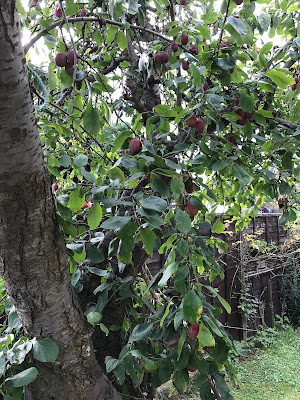 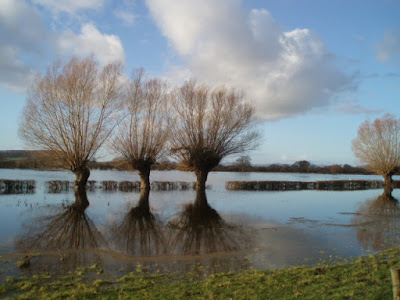 Were I to write an essay on the subject of " Why I love National Hunt Horseracing,"  I am certain the name Willie Wumpkins would  appear in my narrative . He was a legend of the Cheltenham NH Festival and his endearing story embodies all that is good in the sport.

Willie first troubled  the festive scorer when winning the staying novice hurdle as a five year-old in 1973. He was trained by Adrian Maxwell in Ireland for his aunt Jane Pilkington, winning at 11/1.

He was sent back to owner Jane in the Cotswolds. Gradually nursed back to health, Jane's son-in-law, the amateur jockey Mr. Jim Wilson, persuaded Jane that the horse needed a stamina-sapping three miles in deep Cheltenham ground, with himself on board.

So Jane became a permit holder and trained Willie for the "Coral Golden Hurdle."  Thus in 1979, aged 11 years, in race conditions, that were almost 'ark-like,' Willie, to punter's amazement went clear two out to win at the working man's price of 25/1.

Were that to be  the end of our story, it would still be a great comeback; but as the comedian " Jimmy Cricket, " used to say ' And there's more! '

Because, Jim and Willie making little show on a racecourse for a year, came and won the race again. This time at 10/1 .

Then to complete the fairy tail, would you believe old Willie, now aged 13, with partner Jim Wilson scored a hat trick of wins. By this time the crowd had cottoned on to the horse and backed him down to 13/2. He won, not surprisingly to a great reception.

You can view his last Cheltenham victory, by clicking the link above. Note his jumping prowess and the way he strode away from the field after the last hurdle.

Willie died in 1995 at the grand old age of 27; a much loved animal, who will always be remembered, by the locals as an equine hero and by Mr. Jim Wilson who realised his dream, of winning at the festival on his mother-in-law's horse. 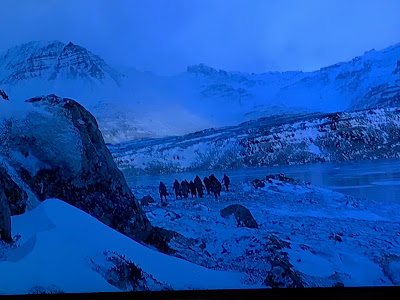 So finally we know "Winter Has Come, " as Bank Holiday Monday ( 28/8/'17 ) brings  an 81 minute thriller and the conclusion of Season 7 of the television series Game of Thrones, continuing the saga of ice and fire, leaving   the six remaining episodes of  Season 8, to be screened next year to complete the story of peoples, kingdoms and dragons,
ᐿᐿᐿᐿ

Finally to leave you with another enticing holiday snap from friend K. from Cornwall. 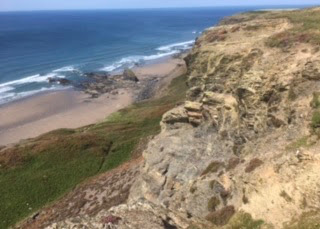