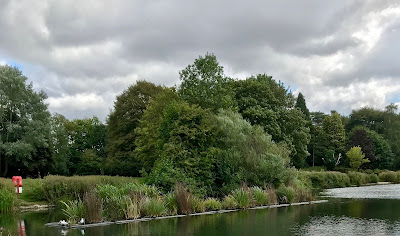 My Garden has just floated by. 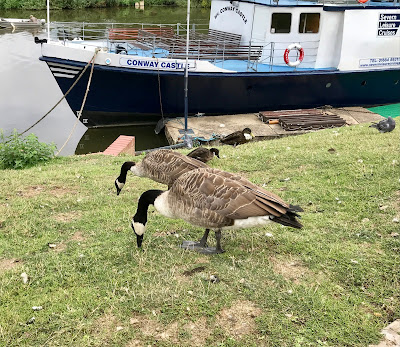 Depends on the Pecking Order 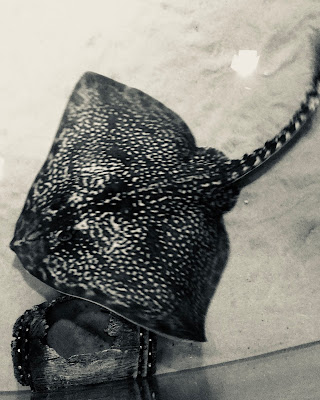 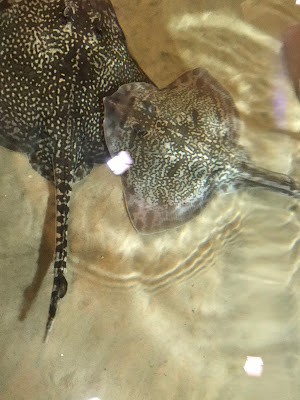 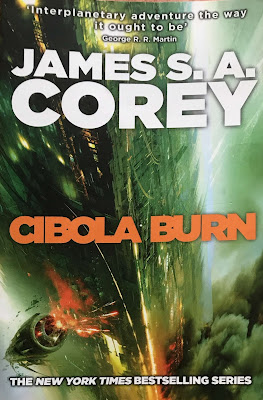 As you know, should you follow my Twitter feed (@curlykale) I am very keen on the "Expanse " TV series (Syfy channel). With the conclusion of series 3b (yet  to be screened in the UK ), it was feared that Series 4 would not be made. But due to fans unprecedented protests, this happened:

"The Expanse has been saved! Amazon has closed a deal to pick up the sci-fi drama series, which is in its third and final season on Syfy. The announcement was made tonight by Amazon’s boss himself, Jeff Bezos, at National Space Society’s International Space Development Conference in Los Angeles where he was an honoree. It happened an hour or so after The Expanse panel at the same event that featured exec producer and showrunner Naren Shankar and cast members Cas Anvar, Wes Chatham and Steven Strait."

Such was the reputation that the show had built up that, amongst the crowd  applauding when
the announcement was made  was the astronaut Buzz Aldrin.

What was it about the show that interested this knowledgeable crowd?

1 The show adopts scientific principles, especially with the effects of differing degrees of gravity.

2 The series is based on a series of seven published novels with two more to come  by authors   ( more later)  James S. A. Corey.

3 These authors engage always with the show runners  and write some of the scripts; thus ensuring   The authenticity of the series.

4 The CGI special effects,  are of a very high order.

5 The core cast blend  well  and build up a good relationship  with the viewers.

James S. A. Corey is the pseudonyn  of Daniel Abraham and Ty Franck. They both live in New Mexico and are friends and near neighbours  of George R.R. Martin, of "Game of Thrones" fame.


The books in order of sequence are:


There will be one more book,as yet untitled to appear in 2019.Each book has over 500 pages and with the publication of the ninth volume, it will be a triple trilogy. I have read the first six books and can testify to the quality of the writing, The reader is quickly engaged in the story. It is pacy and exciting. The story arc of our four principal characters is cleverly crafted, The authors have taken a leaf out of Martin's writing and given each chapter a point of view (POV) perspective. The television programmes- merely complement these excellent books.

As a point of interest each TV series episode ends with the title of the book it was adapted from.The last episode in series 3 ends with book 3 "Abaddon's Gate.'' So you can see the wealth of material left to work with.

The novels are set over 200 years in the future, with a dystopian Earth (Earthers ), an underground colony on Mars ( Martians)  and a group of asteroid miners ( Belters ). There is a deep unrest and growing suspicion of each others' motives. Conflict is not far away.
Into this mix comes our four principal characters, who man the spacecraft "Rocinante", humourlessly  named after  Don Quixote's donkey. from the novel Don Quixote.
This animal was, awkward, past his prime and engaged in tasks beyond his capacities.; rather like our creaking spacecraft.

The books describe their working relationships and the development of trust between them as they battle with conflict and danger.
An absorbing series with visual clues from the TV programmes.

Very enjoyable; prepare yourselves for lift-off and an emotional ride.

The temperature is dropping  and sweater-weather is with us and that, as my jacket said to my shirt, just about wraps it up.